A few mornings this past summer, I traded my laptop and cell phone for gardening gloves and a pruner, and I found myself advising, “That looks invasive—we better get the Extractor.” It’s safe to say these weren’t typical Thursdays.

Here in Santa Fe, I’m surrounded by gorgeous views of mountain and desert landscapes, and I love being outside. But even as a remote employee with the flexibility to work in non-traditional spaces, it’s not easy for me to be productive outdoors. So most often, I opt to work from my home office with my 27-inch monitor and stand-up desk.

When browsing my options for volunteer opportunities, I came across an organization called the Railyard Park Conservancy. The group solicits volunteers to help beautify and preserve Santa Fe’s urban Railyard Park, and I loved the idea of getting to combine my love of the outdoors with service. Which brings me back to the gardening gloves, the pruner, and the Extractor. 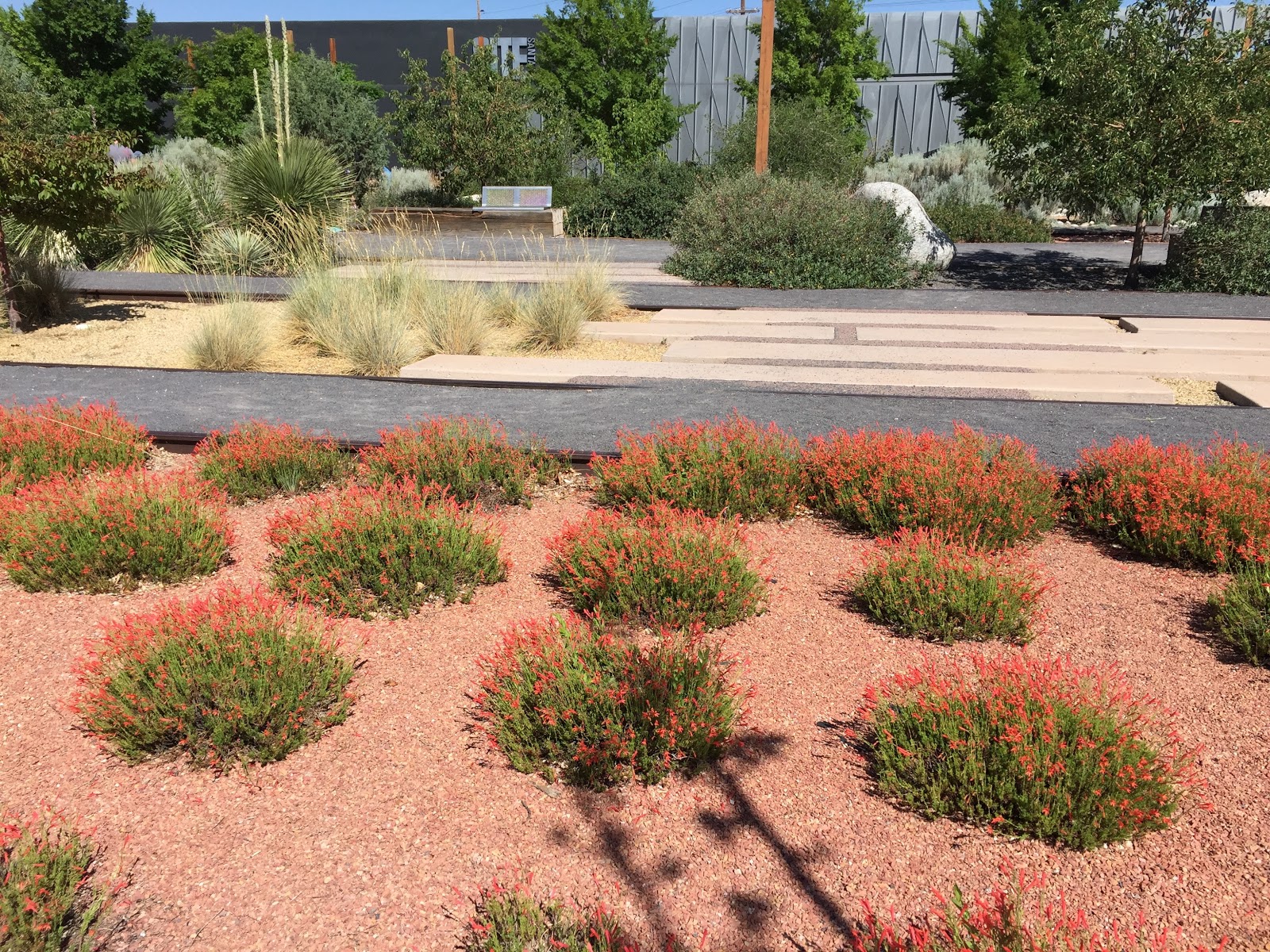 The volunteer group, called the “Yardmasters,” meets two mornings a week from 9-11 AM, or  8-10 AM in the summer, in an attempt to beat the high desert heat during the hottest weeks of the year. Anyone is welcome to show up without notice, and no long-term commitment is required, which made it a perfect fit for me and the Craft Impact Cares initiative. 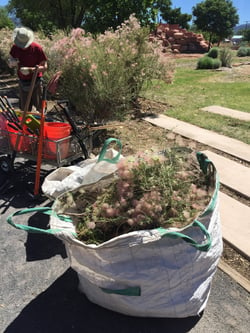 My first session, I learned what an “Apache plume” is. In fact, every day that I volunteered, I added at least one horticulture term to my vocabulary. This plant, which is known for its white flowers and pink feathery plumes, is native to the southwestern US and northern Mexico. There are multiple sections of the Railyard Park’s 13 acres that features Apache plume beds, and a lot of times they just need some TLC, like weeding and shaping or extracting much bigger invasive plants from the area (like the Siberian elm).

At another session, we were joined by a big group of college students that were doing a service project to kick off their summer working at Glorieta, a Christian camp just outside of Santa Fe. That day I had the oh-so-glamorous job of trash detail. Surprisingly, I found it very satisfying that thanks to my trusty garbage grabber (that’s another scientific term I learned), I was able to make a noticeable difference in the appearance of the park. Like many urban parks, there is a big problem with littering. It’s amazing where trash can get stuck in a park like this--I was even removing litter from between the pointy leaves of agave plants.

On a normal day, I edit communications, pulling out the unnecessary words and highlighting the attractive phrases. Sculpting Mormon tea bushes is surprisingly similiar (but requires more elbow grease). Pulling out all the rough and overgrown branches at the bottom of these plants, so that each bush was more distinct and separate from its neighbor was extremely therapeutic, and there was visible improvement when we were done.

I also got a chance to get to know some of my fellow volunteers. Some were retirees, others were like me and looking for a flexible volunteer opportunity, and others came in a group on a corporate give back day. I enjoyed the camaraderie you build when weeding in close quarters, or dodging hills of fire ants (ants in your pants is a real thing!).

It turns out that through this opportunity, I learned more about the Railyard District and its role in our community than I had in the four years I’ve lived in Santa Fe. The Railyard Park Conservancy advocates for and maintains the gardens and plant life in the park, but it also provides free workshops (on topics like native bees and rose pruning), school science education programming, and public art installations for the community to enjoy. This group is always doing impressive things, and I look forward to the next chance I have to get my hands a little dirty with them.

Mary enjoys the challenge of effectively sharing complex information with diverse audiences and encouraging action through communication initiatives. Her organizational skills allow her to manage multiple projects concurrently while she coordinates with the client, Craft Impact team and the client’s other vendors for project completion.

Sign up for our blog updates so you'll never miss out.

There are two sides to Craft Impact's business: Change Communications and Inbound Growth.

Change: we help executives control the narrative to retain and engage customers and top talent, at half the cost of an internal team.

Get in touch via Facebook or LinkedIn to ask questions and find helpful resources.